Margot R. Leave a Comment on The Healing Effects of the Mind on your Body

The healing effects of the mind have been highly documented, from reduced stress, improved sleep due, to miraculous healing occurring at spiritual events. The mind’s ability to trigger healing has been recognized since olden times and continues to be observed today by patients and medical practitioners alike.

Positive thinking is considered the integral part of a number of healing arts and practices. Many have shown to improve physical well-being to a great extent, without using any type of medicine or complex treatments. Documented studies exist to back up these claims, and western medicine is slowly beginning to recognize the benefits as well. (3)(4)(6) 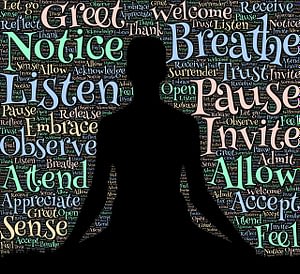 The most basic premise and explanation of these results is that all living bodies are permeated, maintained, and animated by a single “life force” energy or “chi.” This energy can be positively guided and balanced by our thoughts and emotions, and it forms the link between mind and body, making it responsible for both illness and physical health. (7)

Reiki, TT and the Existence of Chi/Life Force:

Practices such as Reiki and TT (Therapeutic Touch) are considered some of the most effective forms of positive healing practices. They use simple touch-based techniques in order to kickstart the natural healing processes through using the flow of living energy.(3) 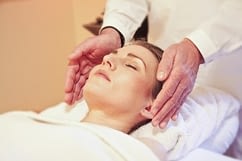 TT is believed to work effectively as a treatment for pain management. One study focusing on chemotherapy has shown the effects of TT, placebo and conventional medicine on patients undergoing cancer treatments. TT has shown significantly improved results compared to both placebo treatments and pain medicine. (4)

Moreover, a hospital audit conducted on 75 patients by Russell Group University also supports these findings. The study had concluded that patients experienced improved sleep, relaxation, energy levels and psychological well-being as a result of TT use.(5)

Reiki case studies, conducted between 1993 and 2006, have proven the practice’s outstanding positive results when it comes to treating stress, anxiety, depression and pain levels.(3)

The New York Presbyterian Hospital performed several studies examining Reiki’s effect on pain and vital signs. Compared with “sham” treatments that were used as placebos, Reiki achieved exceptional results when it came to normalizing patients’ heart rate, respiration and blood pressure, while also having a positive effect on the nervous system.(3)

Healing Effects of the Mind – What About the Placebo Effect?

Now, some might argue that the placebo effect itself should show positive results if the mental component of healing practices is what triggers the body’s healing processes.

Books like “Mind Over Medicine” written by Lissa Rankin, MD, show how after 60 years of studies, it is becoming clear that positive, optimistic thoughts have the power to trigger the body’s self-healing mechanisms in order to prevent or even treat various illnesses. In fact, it has been observed that 70% of patients submitting to bogus treatments and placebo pills have shown at least some form of improvement. (2)Taking belief as a factor in healing has been a concept widely discussed from ancient times and it still remains a controversial topic today. The placebo effect is the best example, as it is present in all medical studies. What most practitioners find strange, however, is that placebo “drugs” actually seem to work for some people.(1)

Studies performed on ulcer patients showed how patients given four placebo pills per day healed more rapidly than those given only two pills. Researchers have concluded as a result that the placebo effect actually affects the biochemistry of the body directly, instead of just acting as a psychological boost.(2)

The Practical Use of Positive Mental Practices for Effective Healing

“It’s clear from the correlational studies within the epidemiology data that positive relationships exist between religious and spiritual practice and health outcomes on a variety of different conditions.”(6)

Spiritual and religious figures in various cultures throughout time – such as shamans and spiritual leaders – have long been linked to healing activities.

Studies in “distant healing research” has shed some light on the importance of positive thinking and belief, regardless of whether additional treatments are used or not. These studies were conducted primarily on cancer patients, but also showed in many other cases. They point to the fact that thoughts can directly influence processes such as heart rate, respiration and skin conductance, while accelerating the healing process at the same time.(6)

While the science behind how this works is not fully understood, the concrete results cannot be ignored, as even medical experts are admitting the mind itself plays a remarkably important role in influencing the body’s healing (or deterioration) in a consistent and measurable way. These facts are interesting to say the least. We should consider how our thoughts and attitudes affect us on a daily basis and the true power our mind has on healing us from the inside-out.