Margot R. Leave a Comment on The Dangers of Microwave Usage

How bad are microwave ovens really? 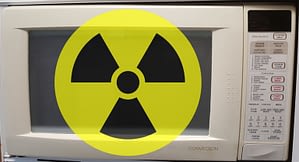 Microwaves are among the most commonly used appliances today. Even though the USDA claims that food cooked in microwaves is safe to eat, there are a few important concerns about the effect that microwaves have on food and also the possible hazards that are associated with radiation leakage.[1]

Understanding the dangers of microwave usage is essential for anyone who considers that health and physical well-being is an important goal to follow – not just for themselves, but for everyone in their household.

“Nuking” Your Food – Definitely Not the Healthiest Practice

Most experts will tell you that the main reason why microwaves are dangerous to your health is because of the effect that microwaving has on food.

Due to the nature of the process itself – turning water molecules into steam – microwaving your food will cause a depletion of healthy nutrients. These fluids would otherwise carry and maintain nutrients that are very essential to the body’s health. Though “nuked” food is convenient, it’s definitely not a healthy choice from the very start.[1]

Heating some food items in a microwave oven can completely deplete their nutritional value. There is primarily a significant reduction in levels of Vitamins B-12, A, C and D – all extremely important for the proper functioning of the human body. 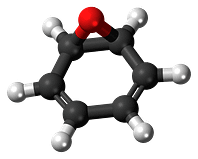 As early as the 1990’s, researchers found that microwaving food like pizza, chips, and popcorn can lead to harmful chemicals being added to the food. These include toluene, benzene, xylene and a number of carcinogenic agents (cancer causing agents). The unwanted compounds result from cooking food together with plastics and wrapping material, especially in the case of fatty foods.[2]

One of the most hazardous compounds that can find its way into your food while you microwave it is BPA. Research has found this estrogen-like compound can easily be linked to materials from food packaging, leaking into the food itself. As a result of microwave heating, a number of health problems can be triggered by BPA including low libido, allergies, HBP and even heart disease.[3]

Uneven cooking is among the most troublesome hazards linked to microwave ovens. Thicker and denser food items will often be undercooked inside and overcooked at the surface. In some cases, pockets of heat can even form within the food itself. This effect can either cause burns, or fail to eliminate harmful bacteria that could cause various illnesses.[1]

Researchers have found milk and heated formula was depleted of its nutrients after just a few minutes of being in a microwave oven. It has also been found that children consuming microwave-heated milk were more likely to suffer from various immunity-related problems.[4]

Russian experiments conducted after WWII have revealed many hidden hazards of microwave radiation. Cancer-causing free radicals, structural disintegration and a number of cellular dysfunctions have been observed in microwaved food.

Moreover, the ingestion of microwave-radiated food has led to an increase of cancerous cells in the blood. As a result, the Russians even went so far as to ban microwave ovens in 1976. While the ban was subsequently lifted, the results of the Russian experiments still stand as valid today.[9]

We are generally protected from microwaves due to the numerous safety measures that manufacturers are required to install in the microwave ovens they produce. These include as at least two independent interlocking systems, as well as specially designed oven doors that restrict microwave leakage as much as possible. Also, it’s important to note that the effects of microwave radiation diminish greatly as you distance yourself from the source.[6]

What you don’t know about microwaves, however, is that the technology is far from being perfect. Microwave leakage may occur, even in spite of all the safety measures in place.

The main concern is that organic cells can be severely affected by this type of radiation. Due to the extreme effect microwaves have on polarized atoms and molecules, it causes them to change their polarity billions of times per second.[7]

Even when the microwave oven is working properly, microwave levels in the kitchen can reach levels higher than those around cellphone towers. Due to the high amount of energy within the microwave, any small imperfection in the oven’s construction can lead to increased radiation levels around the microwave. Exposure to microwaves can directly cause eye problems such as cataracts over long term exposure.[7]

There are a number of studies that have linked even minute levels of microwave radiation to serious problems such as heart disorders.

A more recent experiment has also shown that, low-energy microwave radiation can have a powerful effect on living cellular structures. It weakens the cell membrane, causing impaired cells to become easily damaged by disease – primarily viruses – and the actual electrical impulses in the cell are often destroyed, leaving it lifeless.[2]

Microwave radiation can change the position of atoms, altering materials at their basic molecular level. Although the full extent of the damage caused by low energy microwaves is not fully known, a number of studies have showed their negative effects on blood cells and various plants and seeds.[2][9]

In one extreme case, a patient was even killed by a blood transfusion due to the blood being heated in a microwave oven.[9] Also, according to studies conducted by Dr. Lita Lee and a number of other researchers, microwave exposure over a longer term period can lead to lymphatic disorders, a decreased ability to prevent cancer, and even severe digestive problems.[8]

Understanding of the Risks

In most cases, immediate risks are minimal due to the lower level of microwave radiation leakage associated with modern and improved microwave oven designs. However, it’s important to understand the risks involved and to transition to healthier alternative cooking practices. (Here are some alternative recommendations you might like that are also fast cooking and healthy! Mini glass convection oven & Stainless Steel convection oven for your counter.)

If you value your health and the health of your loved ones, give up the microwave. After just a couple weeks of using the stove or oven, you will realize that it doesn’t really take that much longer, the food tastes better, and the health benefits outweigh the dangers of microwave usage.

Sources for this article