Skip to Content
Home The Mind The Science of Manifestation

Margot R. Leave a Comment on The Science of Manifestation

Many of us are amazed by our many God given gifts that allow us to experience our lives and also to improve them. Simple seeming gifts when we think more deeply about them suddenly seem like miracles. For example the gift of sight… the ability to see colors, contrasts, shapes, and beauty is a true miracle in every sense of the word.

That science can now describe the mechanisms by which these miracles occur does not diminish the amazing gift that it truly is.

Science has recently been recognizing another God given gift… and this is the gift of manifestation. 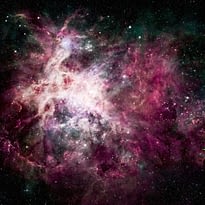 There are hundreds of successful, famous, influential people who have spoken about this phenomenon since the very dawn of time… We could provide hundreds of quotes, but we have limited ourselves to just 15 that we feel are powerful and also very believable when you consider who said it:

“And all things, whatsoever ye shall ask in prayer, believe, you shall receive it.”
– Matthew 21:22

“What things so ever ye desire, when ye pray, believe that ye receive them, and ye shall have them.”
– Mark 11:24

“A man is but the product of his thoughts. What he thinks he becomes.”
– Gandhi

“All that we are is a result of what we have thought.”
– Buddha

“Whatever the mind can conceive it can achieve.”
– W. Clement Stone

“See the things that you want as already yours. Know that they will come to you at need. Then let them come. Don’t fret and worry about them. Don’t think about your lack of them. Think of them as yours, as belonging to you, as already in your possession.”
– Robert Collier

“You create your own universe as you go along.”
– Winston Churchill

“Nothing is, unless our thinking makes it so.”
– Shakespeare

“A person is what he or she thinks about all day long.”
– Ralph Waldo Emerson

“Man, alone, has the power to transform his thoughts into physical reality.”
– Napoleon Hill

“I attract to my life whatever I give my attention, energy and focus to, whether positive or negative.”
– Michael Losier

“Imagination is everything. It is the preview of life’s coming attractions.”
– Albert Einstein

“Whatever is going on in your mind is what you are attracting.”
– The Secret

“Be thankful for what you have, you’ll end up having more. If you concentrate on what you don’t have, you will never ever have enough.”
– Oprah Winfrey

Understanding the Law of Attraction

The Law of Attraction is seen by New Age thinkers as the most powerful force in the universe, manifesting itself actively in the life of every being in existence. Simply put, it states that every consciousness attracts aspects of the world around them that vibrates at the same frequency as its thoughts, emotions and desires.[7]

According to the Law of Attraction, therefore, every person, event, physical condition and object we interact with has to first exist as a thought or concept, before becoming physical.[8]

Although they are a significant part of the New Age movement, these ideas are not new. The quotes above are a testament to how ancient these thoughts truly are.[10]

The Science of the Law of Attraction

The Law of Attraction can essentially be summed up using these three points:

Other scientists, including Beck and Eccles, or Penrose and Hameroff, have even linked the “weird” effects of quantum physics to consciousness through a number of theories and experiments.[12]

The second point simply refers to the scientific concept of resonance. Resonance can be achieved by making two systems vibrate at a common, harmonic frequency.[2]

Any two pulsating or vibrating systems can be brought into resonance. Here’s a simple example: when you hit a tuning fork to tune one of your guitar’s strings, the string will begin to vibrate more powerfully when you tune it to the frequency of the tuning fork’s sound.

Another way to look at it is that the only way we can even perceive physical objects and events is through our 5 senses – which are, in fact, highly complex and specialized vibration “detectors”, translating electromagnetic and sound frequencies into neural connections that can then be interpreted by the brain. We’ve known for a long time that our very experience of existence is through vibrations coming in… and now we are beginning to see that what we hold in our minds, get’s sent out to the world and that we are co-creating our experiences through what we choose to focus our attention on.

Our Thoughts Directly Influence the World Around Us

“We’re not just little hunks of meat. We’re vibrating like a tuning fork — we send out a vibration to other people. We broadcast and receive.” – Dr. Candace Pert

The breakthrough research of Dr. Candace Pert explains how our bodies are much more complex in terms of their ability to communicate through physical, vibration signals. [3]

Not only did Dr. Pert discover that our emotions are directly linked to regulating our own bodies’ cellular structures, but she went one step further. She showed how our changing emotional states interact in real time with our physical environment, turning our bodies into highly complicated senders and receivers of electrical signals. Through this process, our thoughts and feelings can directly influence everything around us, effectively communicating with others and with the environment.

Where does religion stand regarding all this?

Jesus said, “…whoever says to this mountain, Be taken up and cast into the sea, and does not doubt in his heart, but believes that what he says is going to happen, it will be granted him (NASB).” – The key word here is “whoever”.[11]

Books like The Secret, that talk about the Law of Attraction in detail, are often perceived as being in conflict with religious doctrine. However, far from denying the truth that Christian, Muslim, Buddhist, Hindu or any other teachings may offer, the Law of Attraction seems to strengthen their message. [11]

The greatest confusion is when one cannot fit God into the picture. The fact is, however, that not only is God present, but many New Age teachers see him as the very basis of the Law of Attraction itself. In that context, the consciousness responsible for the creation and attraction of all perceivable things stems as an extension of a benevolent Source.[7]

Another interesting side note would be this:

Good always prevails in the end, because evil ultimately attracts its own destruction.